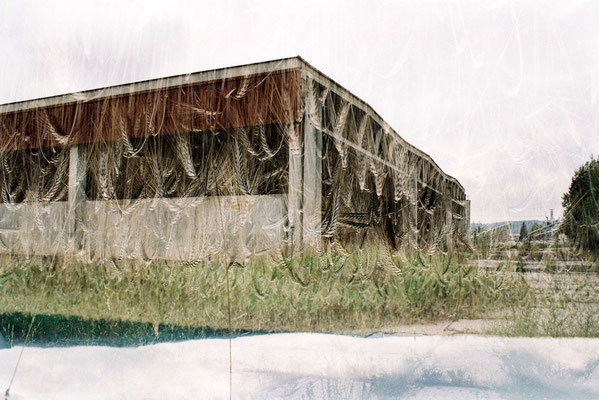 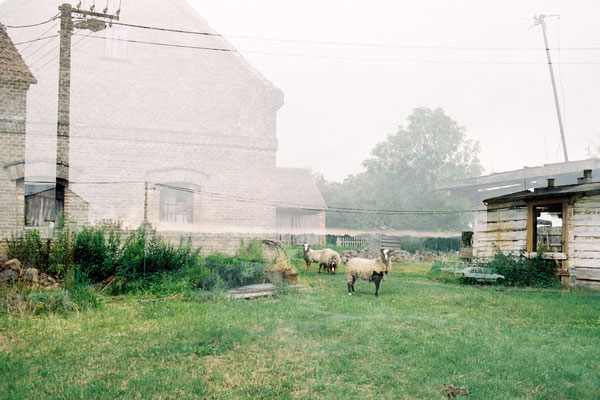 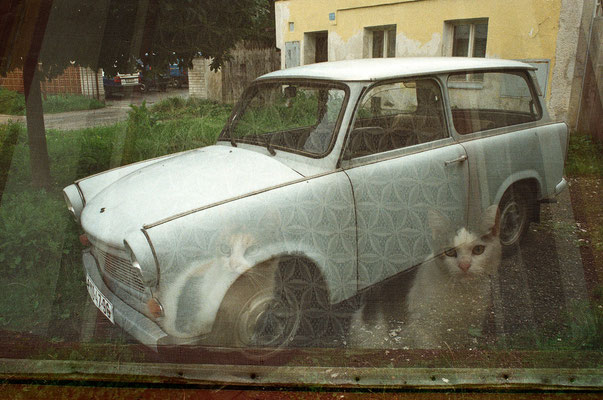 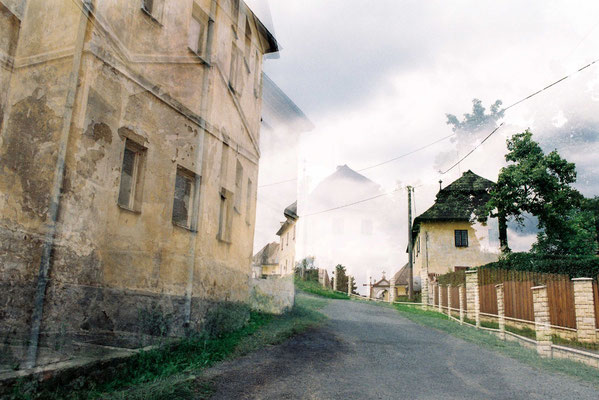 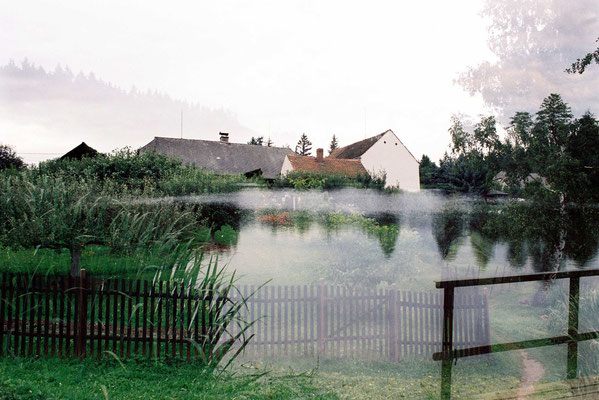 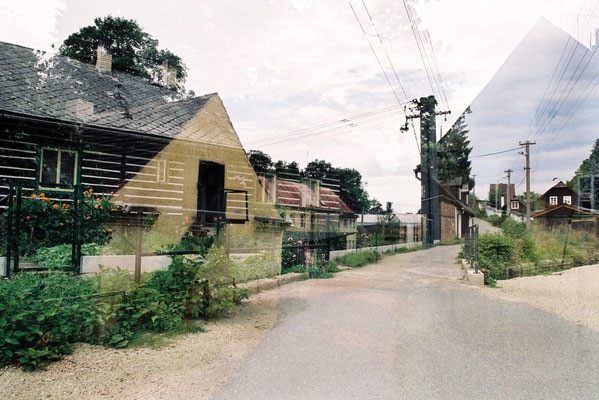 We try to remember, we guess to remember – but the memory remains relatively vague and unfathomable. This vagueness changes suddenly when we put the single moments of memory in a context, for instance, of language. But these moments of memory hand over their significance to the context which we define.

Similar phenomenons are valid for visual memory. Its fleetingness can be banned only seemingly by fixing the memory through a photograph. The surface of the picture makes everything disappear which is not visible in the moment of taking the picture.

Starting from an autograph book I found of the 19th century I travelled to the remote Czech villages and small towns where most of the writers of the contributions to the book have lived. My search for their traces, for views which were possibly known to them, became a work on disappearance. The disappearance which has as a condition a „having-been-there“.

Through analogue double exposures I try to make comprehensible the disappearance of the former life in the villages and small towns which has been overlapped several times by historic transformations. This technique of overlaying the pictures allows to integrate the dimension of time. I start to switch between my actual view and the presumed view of the former viewer: what could they have seen? At the same time it creates a new freedom for the revolving around the topics of disappearance and of construction of memory. This freedom is nevertheless starting from reality.